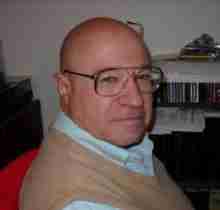 About a year ago, after my giving a talk on how the Bible doesn’t condemn, but actually affirms, same-sex love, a woman with a gay brother, raised in a Christian family, asked me to write out “talking points” on the subject of the consistency between Christianity and homosexuality, so that she could share that information with her brother. This article is the result of my answering her request.

Hitler’s propaganda minister, Joseph Goebbles, stated what is, unfortunately, a profound truth. He said that no matter how big the lie, if it’s repeated often enough, people will come to believe it. Just as that axiom proved true in Nazi Germany, it certainly proves itself to be true regarding the relationship between Christianity and homosexuality. For centuries, we have been repeatedly told from assorted pulpits throughout the world that homosexuality is a “sin,” so that so many professing Christians and others come to think that it’s a no-brainer, that it is, in fact, a “sin.”

The fact is, as the Reverend Troy Perry has said, “Jesus came to take away our sins, not our sexuality.” In addition, as I have said for many decades, “Never let other people define your reality or put you into bondage to their ways of thinking!”

Simply put, if we remove the patriarchal and legalistic trappings of “Christianity,” that presents the false gospel of legalism perfectionism, and exclusion, we see that the only Gospel to be found in Christianity, the Gospel of grace, faith, love, peace, reconciliation, and inclusiveness demands that we embrace all of God’s children, we be authentic as God created us to be, and we recognize that we commit a grievous sin when we reject the wonderful gift bestowed upon us by God, the gift of being able to love another person. As Rev. Troy Perry has said, “God didn’t create someone whom He could sit around and hate!”

As I read a while back, “We are not here to prove ourselves to the world, but to be ourselves in the world!” This is a good point and truth worth meditating on each and every day of our lives. Read Isaiah 2:22 and Galatians 1:10 for further confirmation of this truth!

I hope these talking points are of help, not merely to address the prejudice of others, prejudice that, unfortunately, rationality and facts are frequently unlikely to penetrate, but that they affirm all of us as God’s children, and once and for all erase any possible reason for anyone to have shame or self-loathing because of sexual orientation, or for any other reason. God is not stupid and God doesn’t make any mistakes!

Here are the talking points that I hope you find useful:

[So, next time you hear the utterances of homophobic clergy who appeal to the Bible to justify their prejudices, remember that they speak out of ignorance and/or hatefulness, and pay them no mind! They are wolves in sheep’s clothing, and even many of them are too clueless to know that fact and, unfortunately, many of their followers are too gullible to see through their lies.]

SHOP AMAZON. SUPPORT US.
Make your next purchase on amazon.com and .5% of your sale goes directly to our ministry. Shop Using this Link or visit our Online Bookstore.

Calling the Rainbow Nation Home: A Story of Acceptance and Affirmation
$2.67

The Bible's Yes to Same-Sex Marriage: An Evangelical’s Change of Heart
View on Amazon

UNFAIR: Christians and the LGBT Question
$1.94
View on Amazon

Space at the Table: Conversations Between an Evangelical Theologian and His Gay Son
$2.07
View on Amazon
ABOUT US
RESOURCES
SHOP AMAZON. SUPPORT US.